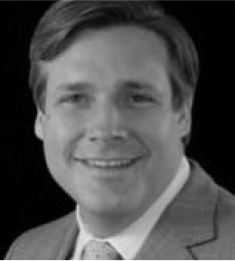 For more than two decades, Tate Williams has helped people and organizations seek justice in and out of the courtroom in a broad range of complex civil and criminal cases.

The courtroom skills Tate has honed across dozens of criminal trials have also helped him in his civil litigation practice where he has handled many civil matters through settlement, trial, or appeal including DTPA, TMFPA, False Claims Act, Breach of Contract, Breach of Fiduciary Duty, Defamation, False Imprisonment, Malicious Prosecution, Divorce, Child Custody, and Partition actions. Likewise, Tate has represented ordinary Texans and licensed professionals in administrative matters before the State Office of Administrative Hearings and the State Commission on Judicial Conduct.

For several years he was the co-host of a local cable television talk show featuring interviews and commentary from community leaders and the criminal justice community. Tate has been a speaker at conferences and courses on Ethics, Jury Selection, Mental Health, and DWI.